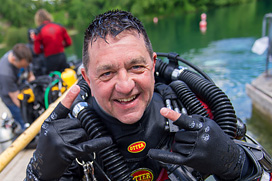 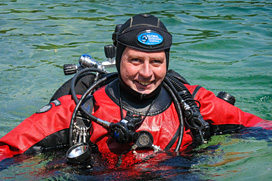 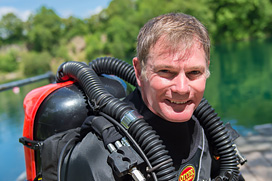 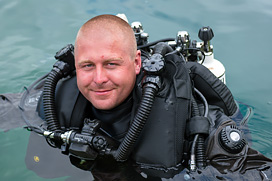 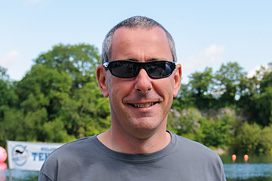 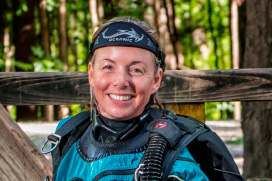 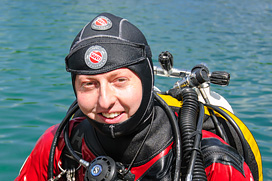 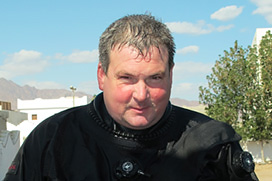 Matt Robinson
Hollis Training Director
+ CCR Instructor Trainer
Matt has been diving since 1994 and switched to diving CCRs in 1997 and has only dived rebreather since. His many rebreather adventures around the world have led him to adopt a training style that is eagerly received and leaves a lasting impression, and is now at the forefront of training the next generation of rebreather divers and instructors as Hollis training director. Matt truly is a rebreather specialist and looks forward to sharing his experience with you at TEKCamp. 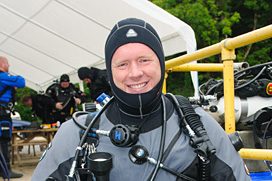 Graham Blackmore
GUE Technical Instructor
Graham started diving in the 1990s in order to further his Marine Biology research. Working his way up through the diving food chain, first as a PADI instructor and later as an IANTD trimix and normoxic rebreather instructor, Graham found his true calling with GUE. Following GUE cave courses in Florida, he learned all about efficiency and finesse and later starting working towards GUE instructorship and RB80 certifications. Graham now teaches technical diving exclusively for GUE. 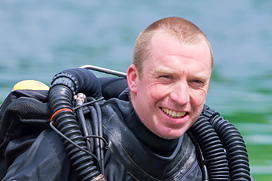 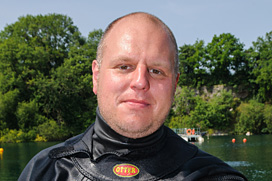 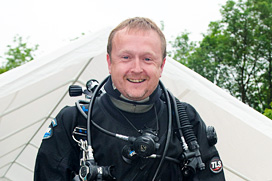 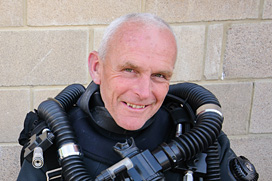 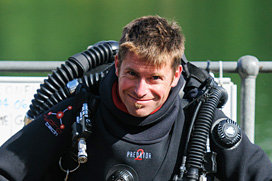